Honduras: the spy who did not love us

This is the the person who, according to former Honduran minister Roland Valenzuela, organized the coup in Honduras: 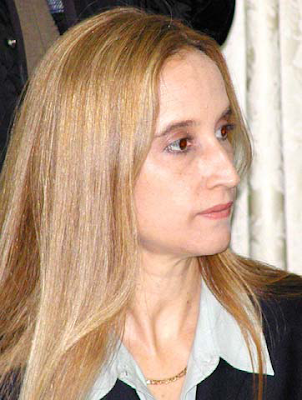 Her name is Jacqueline "Jackie" Foglia Sandoval and was until recently Director of External Relations of Zamorano University in Honduras, a major recipient of USAID funds and orientation. Previously she was West Point cadet, where she obtained a degree in Political Sciences, and was later officer of the Honduran Armed Forces between 1984 and 1995. In 1987 she studied a Master in International Relations and International Economy in John Hopkins University, between 1991 and 1994 she was Defense Joint Aggregate at the Honduran embassy in Washington, in 2002 she was sent by the capitalists' syndicate Honduran Council of Private Enterprise (COHEP) to study at Carleton University in Canada where she obtained a degree in Diplomacy and Commercial Policy, she was also State Subsecretary for Turism while exerting privately in international trade consulting for a company or her own (Ifs Hondurans Consultants) and Alcon Group (a delegation of Cargill corporation). She assessed the negotiations of the Free Trade Agreement between the USA and the Central American countries, she exerted as President of the Commerce Chamber of Honduras, she was member of the Directors' Council of the COPEH, of the National Association of Industrials (ANDI) and of of the Mexican-Honduran Commerce Chamber. Finally she obtained the job at Zamorano University from where she coordinated last year's coup against the legitimate president Manuel Zelaya under command of the CIA.

She is the one who coordinated that each one who served as executors of the coup what they [the CIA, USAID, the US government] wanted them to do and declare, said Roland Valenzuela in a radio interview at San Pedro Sula.

Few days after accusing Foglia, Roland Valenzuela was murdered: in June 15 he was shot from behind by a criminal when leaving a restaurant.

PS - I forgot to mention that Foglia also has an office in Atlanta (Georgia, USA) side by side with the quasi-official imperialist CNN broadcasting corporation.

This company just fired journalist Octavia Nasr for twitting that she lamented the death of Shia cleric Hussein Fadlalah, whose "feminist" views she admired. This event, which follows the firing of Hellen Thomas for a similar "crime of opinion", has apparently gone totally "unnoticed" (ahem, ahem) in the media but is another example of the extreme pressure that journalists face when working for the mainstream media, controlled by a few very powerful and very Zionist individuals.