You, the Europeans, you boycott the occupied people in Palestine because they voted democratically for the Hamas government; and now you are boycotting the people of Gaza and collaborating with Israel against the Palestinian people and their government!

Gaza is a ghetto, a concentration camp! At the same time you, Europeans, are celebrating Israel without any consideration of the plight of nearly four million of Palestinians who are living in a situation similar to that of the Blacks under the apartheid regime of white South Africa.

The Palestinians are starved, are bombed every day, and are killed on a large scale. The situation in Gaza, under Israeli aggressive military operations, is horrific. 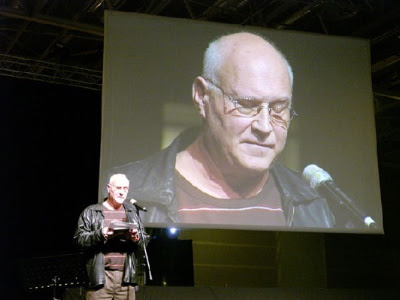