Early European was mtDNA U2

A skeleton from the Markina Gora site (Kostenki XIV, Don basin, Russia) has seen its mtDNA sequenced by Svante Paabo's team, being classified as U2.

The researchers have developed a novel method that allows them to discern with apparent safety what is ancient DNA and what is contamination from modern handling. This method promises to revolutionize ancient DNA research.

Haplogroup U2 is relatively rare nowadays in Europe, being most common in South and Central Asia. Nevertheless it is also found across Europe at low frequencies and is believed to be old enough as for this finding to be consistent. 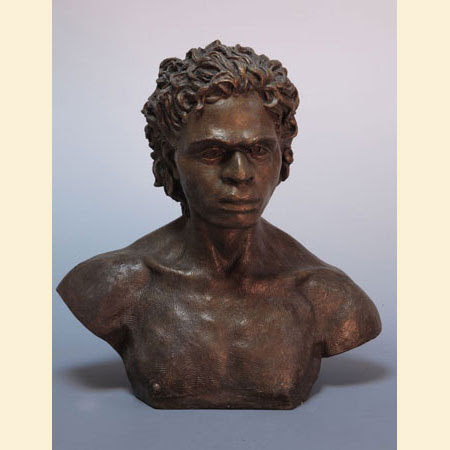 No idea, sincerely. U2i is not listed in PhyloTree and I am not sure if R1a existed so early.

However the reconstructed guy does have an Indian (Veddoid?) vibe to me, what fits with my idea that the bulk of early Eurasians were phenotypically within a "Caucasoid-Australoid" continuum, still apparent in most of "Greater Eurasia".

With his broad nose, broad forehead,square face and thick lips he looks like me. But I'm not mtDNA U. So, it must be convergent evolution.

With his broad nose, broad forehead,square face and thick lips he looks like me.

In fact I thought that on first sight but you and maybe most Indians tend to have a broader, more square or round face, so I omitted in my comments (until now).

He's also more prognathous than most modern Indians or Europeans and has a more marked browridge but these can be considered as just tyipical "archaisms", gradually vanished (never fully) through sexual or some other type of selection (or maybe just drift).

But I'm not mtDNA U. So, it must be convergent evolution.

Haploid lineages only represent an infinitesimally small fraction of the overall ancestry, and considering that at his time, West Eurasians had only existed as a separate population for 15 thousand years and that all or most of our ancestry is clearly of South Asian stock, I am not surprised at that.

It is not convergence but divergence what we see here.