First Congress of Historians of Navarre


In 2012 it will be the fifth centenary of the conquest of Navarre by Castile (and Aragon, and with English help taking positions in Bayonne to prevent French intervention). Technically the centennial milestone can go for almost a decade because until 1521 the conquest was not consolidated but 1512 is the fateful date of the first invasion and the one recorded in most history books, which in many cases do not mention any of the rest, be it background or aftermath.
In preparation of this date, the historical town of Biana (Viana), where Prince Charles was imprisoned by his cruel father and where Cesare Borgia fought his last battle as captain of Navarre, Nabarralde has organized the First Congress of Historians of Navarre, which took place this weekend.

Gara newspaper reports on it, mentioning the most important insights:

From the organizers, Joseba Asiron, said in the conclusions that we already lost in 1512, there is no way we will lose again in 2012. He also appealed to dismantle the systematic manipulation by a partial and interested historiography.

Jean Louis Davant discussed the role of France, the main ally of Navarre, in the conflict, saying that France looked for its own interests and that, in any case, helping Navarre was truly complicated.

Iñaki Sagredo dealt with the military aspects of the invasion, saying that the modern Castilian army, which occupied some 13 kilometers, cut like a knife through butter through the many but obsolete Navarrese fortifications.

Floren Aoiz explained how the myth of "free adherence" to Castile was built not so much by the invaders but by the Navarrese aristocrats (late Navarre had suffered a feudalizing evolution, unlike the earlier one where noblemen were nothing but appointed governors), who hoped that way to retain their privileges.

Cartoon by Oroz (source)
The Spanish invader (left) is saying: "C'mon, smile man... You don't want to be remembered like that by the Fifth CentenaryCommittee?!!" In the right corner the maimed arm reads "Low Navarre".
Peio Joseba Monteano, who has just published a book on the conquest, focused on the Battle of Noain, in 1521, where the last hopes of recovering freedom were defeated. He analyzed why the defeat of Asparros (Bearnois general very much criticized for disbanding the infantry too early).

Mikel Legorburu addressed the struggle from the Navarrese Parliament for the preservation of the signs of identity of the Kingdom, such as the heraldry in coins and the insistence of numbering the monarchs by the Navarrese and not the Castilian count. He said that, in order to recover the identity of Navarre as independent state, we should address Ferdinand VII as Ferdinand III, as there were no Ferdinand monarchs in Navarre before the Castilian conquest.

Pello Esarte dismantled the myth of civil strife among Navarrese as trigger of the invasion of 1512, blaming it instead to the ambition and plotting of the Trastamara monarchs (antecessors of the Habsburgs) and described the Beaumont faction as mere mercenaries of the Aragonese monarchs. 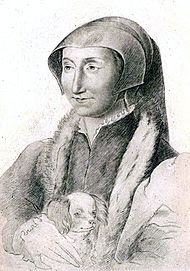 Jon Oria dwelt in the intellectual heights of the surviving Lower Navarre (and Bearn, Foix, etc.) after the invasion under Queen Marguerite (left), a close friend of Anne Boleyn and a precursor of Reformation, whose court caused Shakespeare to write that "Navarre will be the wonder of the World".

Mikel Sorauren discussed how Navarrese identity has been kidnapped and diluted by the Spanish Empire, which imposes a historical imaginary that is not the one of the country. Similarly, Bixente Serrano Izko explained how Spaniards have treated Navarre and how much this historical European country has been relegated to the background. However he said that in the last 23 years (i.e. since 1987) independent research is flourishing.

José Luis Orella dealt with the pretexts used by Castile-Aragon, which issued fake Papal bulls that justified the conquest.

The congress closed with a homage to the later author Pablo Antoñana, native of Biana, and also remembering the figure of the just deceased Aragonese musician, author, documentalist and nationalist politician José Antonio Labordeta, who died yesterday.

Besides pure history, the congress also had room for some present-day initiatives:

Nafarroa Bizirik (Navarre Alive) suggests that the work of historians must be conjoined with the awareness of the people and the reality of a popular movement that rescues Navarrese history and identity.

Gorka Palacio is promoting a Basque-language wiki to gather all the information on Navarrese history (nafarroa@wikispaces.com).

Idoia Arrieta said that we have been very much careless on how the conquest is taught to children, not really explaining how the state was removed from history by the force of arms.

Luis Martínez de Garate (Nabarralde) made a similar point to that of Nafarroa Bizirik, suggesting that there is a subtle difference between what is in the history books and what the people knows and, in this sense, he made an appeal to recover collective memory, closing with the famous sentence of Pio Baroja: