This is my cartographic visualization of his data: 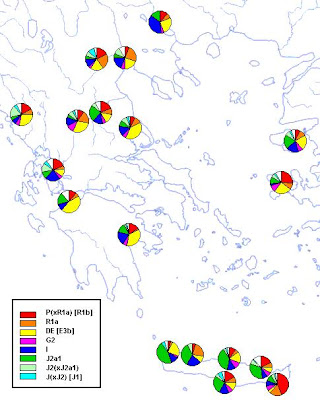 And my opinion is that:


Dienekes mentions a J2a1 vs J2(xJ2a1) negative correlation that may be real but in any case seems pretty secondary overall.

Anyhow, read the original post. I just wanted to post the map.
Posted by Maju at 9:56 PM