You might have heard of Pirate Bay, a Swedish site dedicated to share all kind of e-stuff with total disregard for the so-called "intellectual property" that has been harshly persecuted recently. Well, people of the same ideas organized a party for the last Euro polls and got a seat with 7.1% of votes in the Scandinavian kingdom. 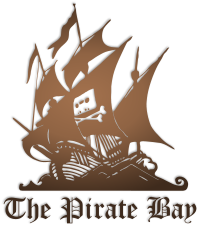 But the anti-copyright snowball may have just began to roll: some weeks later a German MP deserted the SDP to become the first Pirate member of the Budestag. Now the news is that the brand new British Pirate Party is adding some 100 members per hour to its ranks. Due to economic constrains, they may not be able to run in all districts in the next general elections.

The Pirates want to legalize non-commercial file sharing and cut excessive Internet surveillance, they also want to reform the copyright laws that do not benefit the creators but the corporations.

There are registered or unregistered Pirate Parties in most EU and NATO countries, as well as in Russia, Australia, South Africa, Peru and Chile. I wonder if this crucial issue of who controls the every day more virtual capitalist property is a new fact of the secular Class War. It certainly fits very well within what Toni Negri wrote a couple of decades ago claiming that the crucial struggle nowadays is that for control of the production. 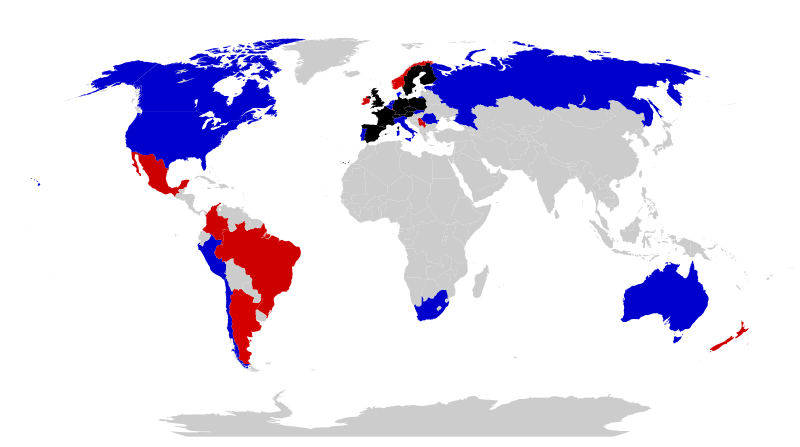 Map showing the countries where there are registered (black) or unregistered (blue) Pirate Parties or where these are being considered (red).
Sources: The Register (links in text) and Wikipedia.
.
Posted by Maju at 6:10 PM